I had time to kill one Saturday afternoon while waiting for my car to be repaired, so I was just walking around an Office Depot near the repair shop when I spotted this chair mat. 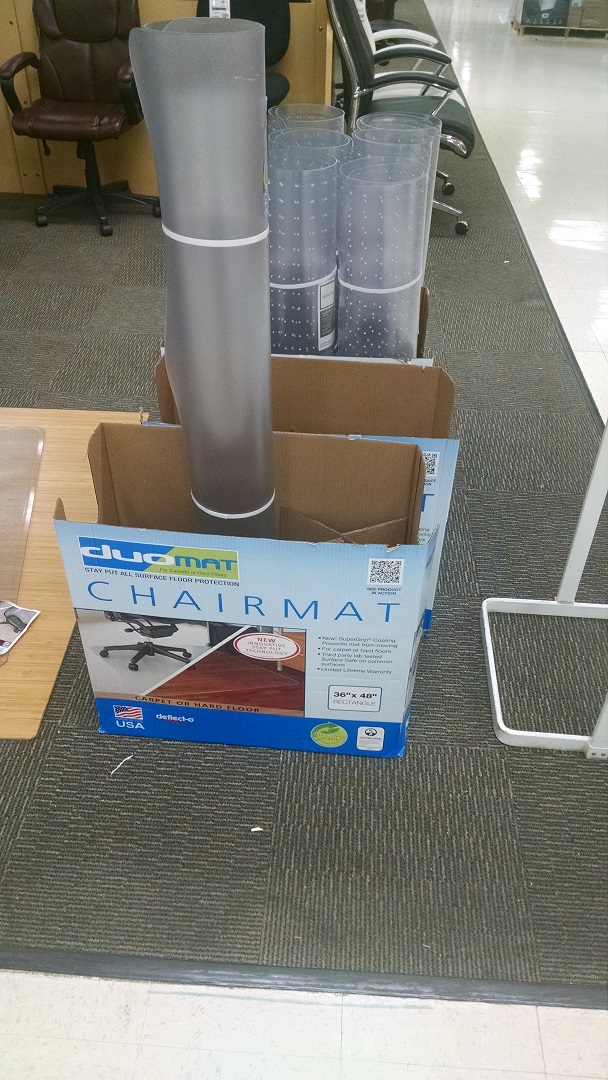 On closer inspection, I noticed a QR code. 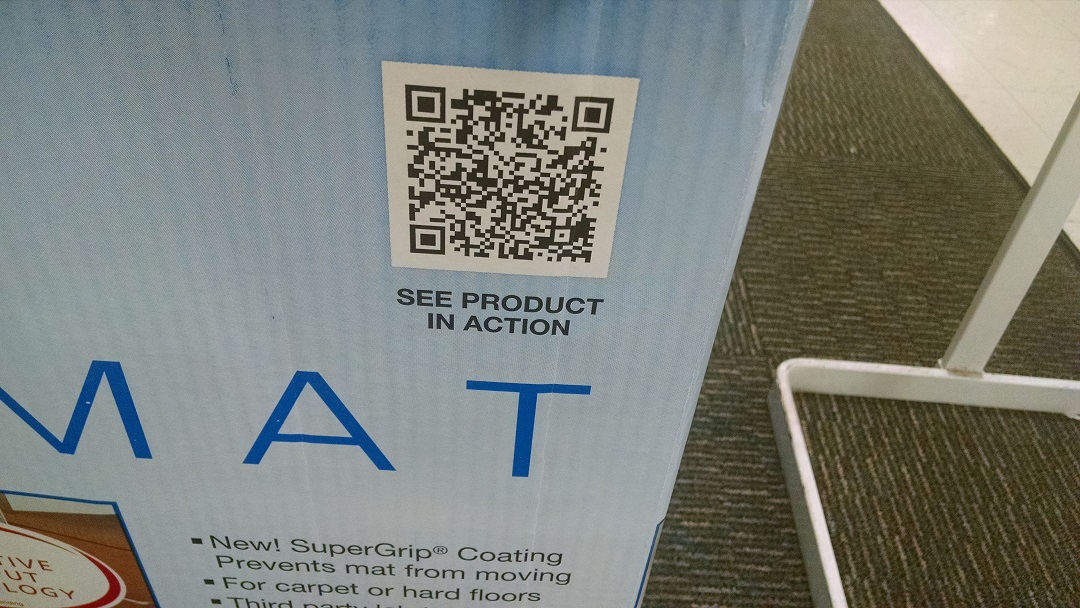 As you can see, it has the caption, "See product in action."

Now, look. If this were on a radio-controlled airplane, or a motorcycle, or even a windmill, I could imagine it doing whatever it does and being "in action." This, however, is a chair mat. It doesn't do anything more than the dead parrot in the classic Monty Python sketch. It just remains on the floor, perfectly still, and does not act. In fact, if it suddenly tried to contradict its nature as a chair mat, its SuperGrip® Coating would keep it from moving and getting away or seeing any action whatsoever. It's just a chair mat!

I'm not sure if my smartphone is smart enough to scan QR codes. I don't know of any app on it that does such a thing, though I try not to clutter my mind with things of marginal value. I can, however, imagine the valiant chair mat throwing itself at dastardly villains tying pretty ladies to railroad tracks, knocking them to the ground and smothering them, or perhaps wrapping itself around terrorists planting bombs and squeezing the life out of them before they get a chance to do their dirty deeds. Perhaps it can switch into turbo mode and become a flying chair mat, or it can leap in front of a window about to be broken by hurricane-force winds and protect the occupants from flying glass. I am more inclined to think that the linked video at the QR code will simply show a stationary chair mat lounging around as if it were enjoying a cushy retirement, smugly thinking to itself how lucky it is that it doesn't have to do much of anything at all, much less be "in action."

On the plus side, at least it's made in the USA, so the good news is that we still know how to make chair mats.