I have noticed a proliferation of white 15- and 20-mile per hour speed limit signs in the Village of Westbury. The latest of these have appeared on Ellison Avenue. Article 39, section 1643 of New York State Vehicle and Traffic law clearly prohibits speed limits of less than 25 mph in villages. All of these illegal signs should be removed immediately. If village officials believe that state law is unreasonable or dangerous, they should work to change the law rather than simply ignore it. If village officials are being pressured by local residents to violate the law, they need to explain the law to those residents and enlist their aid in getting it changed. The Village of Westbury must not be allowed to place itself above the law, regardless of why it believes it should be doing that.

If a village official can produce evidence that these signs are legal despite the section of state law quoted below, I will be happy to discontinue this campaign. Otherwise, Mr. Cavallaro, TEAR DOWN THOSE SIGNS! 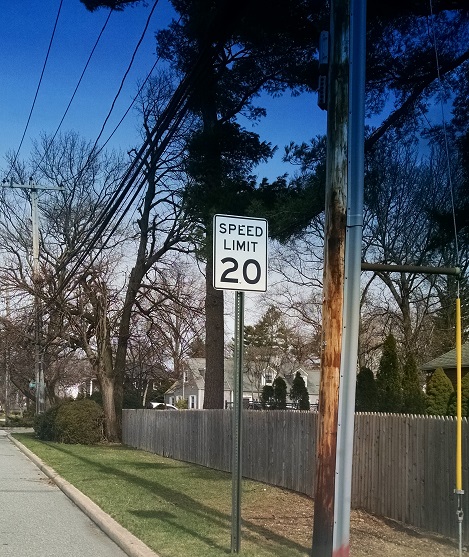